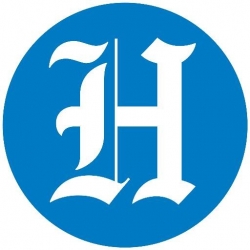 Yellin said the bond-buying process will be boring. But just watch how it will affect real estate prices
from: The Miami Herald

For those of us who specialize in real estate economics, we tend to focus very heavily on economic “cycles” and looking at what happened in the past to judge what is likely to happen in the future.

Macro economists follow the same process, but instead of looking at real estate transactions or supply-demand of physical space, economists use macro measures such as employment, gross domestic product, core and adjusted inflation, and producer price indices. These measures are all cross-correlated to form a macro forecast of future economic conditions.

When events unfold that do not match expectations, economists will evoke what’s known as the “black swan” theory — the introduction of some unusual external force that no one saw coming.

The historic school of economic thinking that underpins macro economic theory is that people, businesses and government all behave rationally and in their own self-interest. The theory holds that not every participant in the economy will act rationally, but most agents will, over time, act rationally on average.

This economic school of thought has its origins in the economic theories of scholars from the University of Chicago. On Oct. 9, Richard Thayler, a UC professor, was awarded the 2017 Nobel Prize in Economics for advancing a behavioral economic theory examining how gut instincts can overrule rational economic choices. His findings and writings suggest that rational people (and organizations) can be influenced by “nudges” to alter behavior away from rational economic choices, to choices that benefit society.

Which brings us to the “Big Nudge” announced by the U.S. Federal Reserve in June 2017: the announcement that the Fed would phase down its bond-buying program known as quantitative easing.

For those who don’t understand how QE works, allow me to provide a simplified example. The U.S. government spends more than it makes (annual deficit), and the cumulative deficits represent our national debt (money we owe to others who bought U.S. bonds). We raise this money by issuing U.S. government debt in the form of Treasury notes (long-term notes are called bonds).

During the last economic recession, the liquidity crisis was so severe worldwide that there were not enough buyers for our government bonds, so the U.S. Treasury bought their own bonds on “balance sheet credit.” This is a fancy way of saying “we printed money.” Ordinarily when governments print more money, their relative currency value goes down around the world, which negatively affects their economy. But the entire developed world was so starved for liquidity in 2009, the reserve banks worldwide all did the same thing.

So in June, the Federal Reserve resolved that when bonds and notes mature, the Fed would not keep printing money to buy more bonds.

In reality, the Fed will continue to print money, just not at the same ferocious pace as in the past seven years. Fed Chair Janet Yellin suggested that this gradual slowdown in bond buying would be as exciting as “watching paint dry.”

And there was the “nudge”: Don’t act rationally and lose confidence in the U.S. economy. Keep the faith that everything will be fine. This QE wind-down has no precedent in history — ever — but don’t worry, everything will work out.

Be sure of one thing, this QE wind-down is not a black swan. We knew it had to end eventually, and the economic complications it will cause will be far-reaching. There is no way to model this in macro-economic terms. But as this paint dries, it will be anything but boring. It will take years to turn off this monetary spigot slowly, but if history has anything to offer, inflation must be the end result.

As money gets less valuable, then goods, services and hard real estate become relatively more expensive. There is no way to tax ourselves out of this hole without crushing the economy, but some will surely try.

As a real estate economist, the good news I will leave you with is that real estate tends to perform well during periods of high inflation provided you are not overleveraged. Stay low-leverage, and hang on. We’re about to be in for a wild ride.